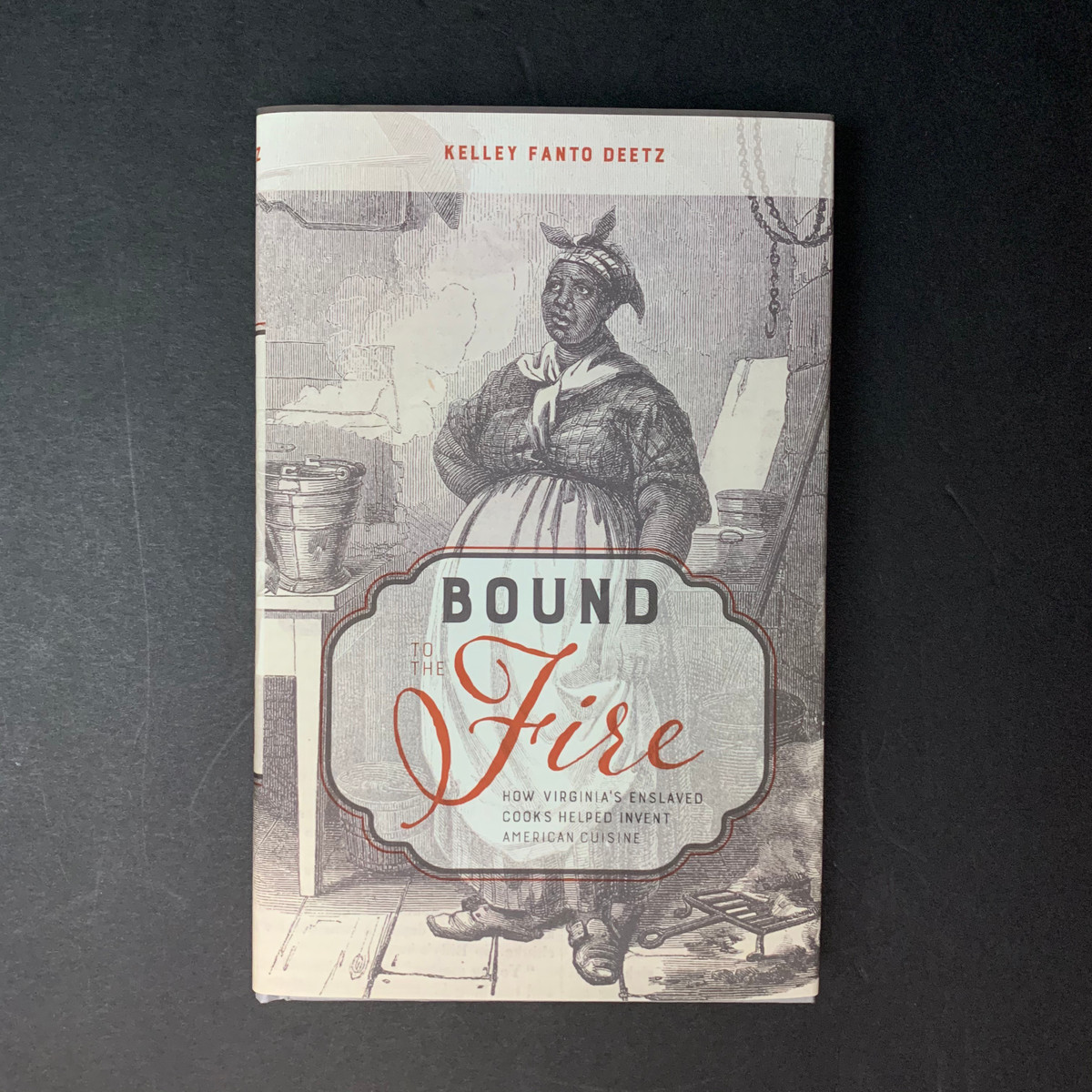 Historical archaeologist and historian Kelley Fanto Deetz is a research associate at the James River Institute for Archaeology, and a Visiting Assistant Professor at Randolph College, in Lynchburg, Virginia. Deetz, who was a professional chef for several years, is a contributor to The Routledge History of Food and Birth of a Nation: Nat Turner and the Making of a Movement. Her work has appeared in National Geographic History.

In grocery store aisles and kitchens across the country, smiling images of "Aunt Jemima" and other historical and fictional black cooks can be found on various food products and in advertising. Although these images are sanitized and romanticized in American popular culture, they represent the untold stories of enslaved men and women who had a significant impact on the nation's culinary and hospitality traditions even as they were forced to prepare food for their oppressors.

Kelley Fanto Deetz draws upon archaeological evidence, cookbooks, plantation records, and folklore to present a nuanced study of the lives of enslaved plantation cooks from colonial times through emancipation and beyond. She reveals how these men and women were literally "bound to the fire" as they lived and worked in the sweltering and often fetid conditions of plantation house kitchens. These highly skilled cooks drew upon skills and ingredients brought with them from their African homelands to create complex, labor-intensive dishes such as oyster stew, gumbo, and fried fish. However, their white owners overwhelmingly received the credit for their creations.

Focusing on enslaved cooks at Virginia plantations including Thomas Jefferson's Monticello and George Washington's Mount Vernon, Deetz restores these forgotten figures to their rightful place in American and Southern history. Bound to the Fire not only uncovers their rich and complex stories and illuminates their role in plantation culture, but it celebrates their living legacy with the recipes that they created and passed down to future generations.