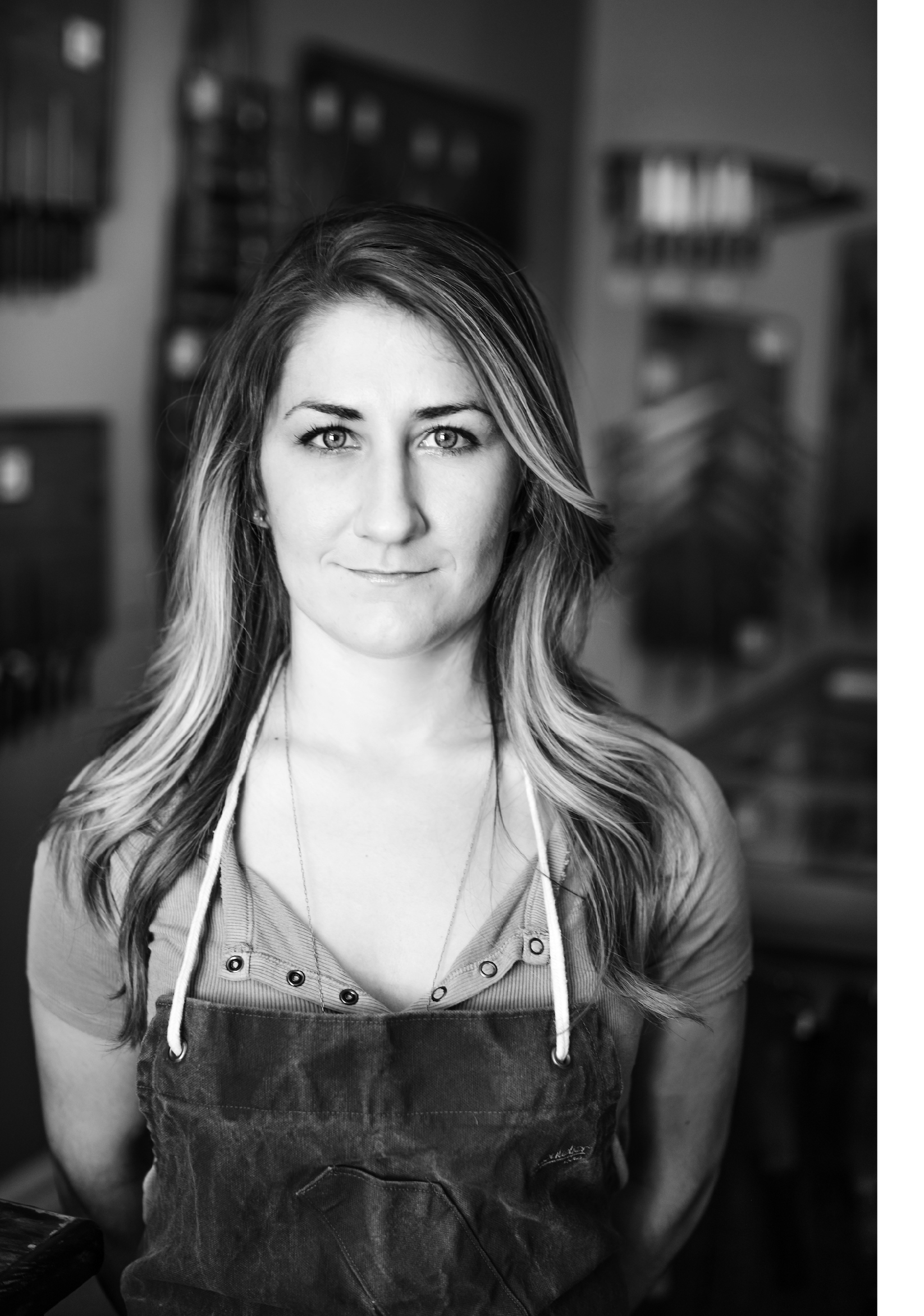 Jacqueline is a 10th generation Cajun from Bayou Lafourche in Southeast Louisiana’s Assumption Parish. Her family fled Nova Scotia during the Acadian exile and settled into the Lafourche Valley in the late 1700’s as farmers, and they’ve been there ever since. Cooking has always been in the fabric of her family - taking part in traditions such as crawfish boils in the spring and the old Cajun boucheries each fall. After getting her bachelor degree in Culinary Arts from Nicholls State University just after Hurricane Katrina, she headed west to join the team of Chef Thomas Keller’s French Laundry and Bouchon in Napa Valley. She later joined the team at Frasca in Boulder, CO in the restaurant’s early years, then went on to a stint at Blue Hill at Stone Barns in New York. She headed back to New Orleans as executive sous chef at Restaurant August for several years, and after a summer cooking in Provence, Jackie joined the team at San Francisco’s highly acclaimed Benu as sous chef where she helped the team earn 3 Michelin stars.

Jacqueline has spent the last 20 years traveling and cooking throughout Europe, Southeast Asia, and Japan to gain a deeper repertoire and a better understanding of each culture’s cuisine - shaping her perspective and respect for global cuisine, in pursuit of being as well rounded of a cook as possible. In 2015, she moved back home to New Orleans to open Coutelier, a highly curated knife shop focusing on hand forged Japanese cutlery - a business decision she felt was based on the needs of her peers and fellow cooking community of South Louisiana. She and her business partner travel annually to Japan, sourcing the tools of this ancient craft they have come to foster an immense respect and understanding towards.

Their goal is to support and promote the unrivaled focus of the multi-generation craftsmanship executed by Japanese blacksmiths who hand forge professional cutlery and tools for their culinary community. Her love for Japanese culture and cuisine and technique has deepend immensely along the way, and she will be opening her first restaurant, Sukeban in Spring of 2022. 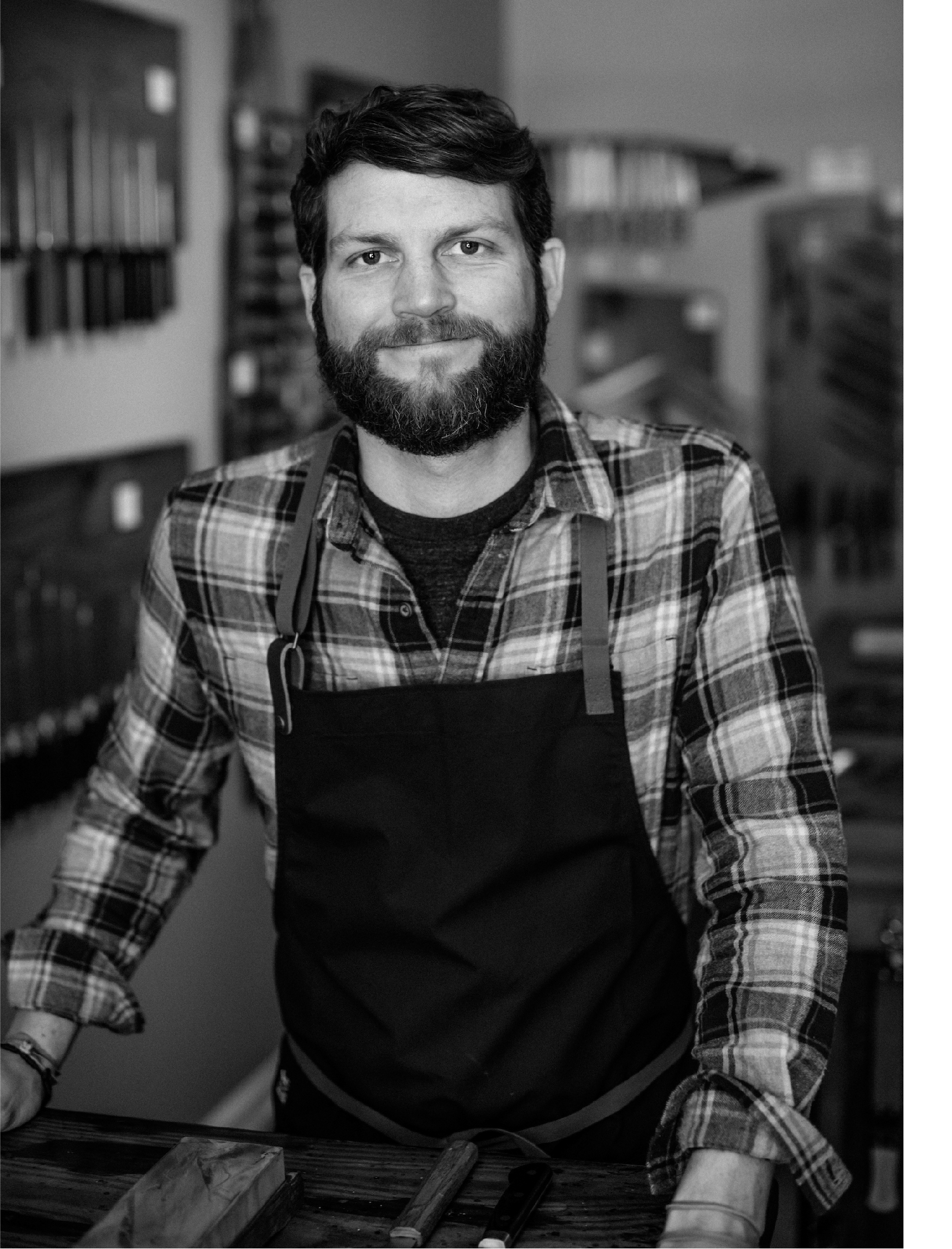 Brandt found his love for food while studying abroad during college in 2004 and quickly transitioned that into several cooking opportunities in his hometown of Oxford, MS.  He quickly moved through the ranks from pizza & pasta cook to hotel executive chef by the age of 23.

Striving to further his career while continuing to learn new techniques; in 2009 Brandt moved to NYC to attend the French Culinary Institute, graduating top of his class.  While in the city he was also a member of the opening staff of David Burke’s newly renovated Townhouse Restaurant in New York’s upper east side.

Missing his southern roots, Brandt moved to New Orleans in 2010 to work with chefs John Besh & Michael Gulotta at Restaurant August.  It was there that he met Jacqueline & furthered his knowledge of Cajun & creole cuisine.  He then became the opening sous chef of Besh’s new seafood restaurant, Borgne with chef Brian Landry.

It was while in the Bay Area that Brandt and Jackie were inspired to return to New Orleans and provide the culinary community with the proper tools and service that they needed.  Together, they also opened North Fork Table & Tavern in Utah’s beautiful Ogden Valley before returning to New Orleans to open Coutelier NOLA’s doors in August of 2015.